Lots of good tips in here. And yes, don’t throw out your cheese rinds folks–your sauces and soups will thank you.

I love THHG’s recipes; for those needing a deviation from Mediterranean cuisine for a night, read her blog.

One of my readers has been waiting through episode after episode of curries just for this one recipe and finally couldn’t wait any longer, so she sent me a message on my Facebook page asking for it, saying that she’s been waiting nearly a year now. Ha! I wish I knew earlier. This recipe is something I wasn’t even planning on writing about.

By the way, for all my followers, if you want any specific Thai recipes, you can request them. If I don’t have any recipes already planned, I should be able to post the recipe you request within a week or two. If I already have requests in the queue, then you might have to wait a little longer, but at least you will get it sooner than a year!

This is my husband’s all time favorite dish that I make all the time at home, but I…

This is a great post, and one of the great things about Italian wine. While everyone’s busy paying too much for Cali and French wine, I’m finding food friendly gems for under $12 all day long thanks to the awesome wine shop across the street, and having tasted plenty of $20 and up wine from plenty of differing locales…I don’t think I’m missing that much.

Will be blogging from Venezia next week, will see what I can find–the grocery store I like on Strada Nuova has some real finds. Stay tuned. 🙂

How many times when I see someone drinking an under $10 bottle of wine do I hear the phrase “IT’S PRETTY GOOD FOR THE PRICE”? It shouldn’t be Pretty Good it should be GREAT FOR THE PRICE!! Once you get away from buying the standard grape varietals such as Cabernet Sauvignon, Pinot Noir, Merlot, Malbec, Chardonnay, Sauvignon Blanc etc that is where you will find the “GREAT FOR THE PRICE WINES” Tempranillo has many Synonyms depending what part of Spain or Portugal the grape is grown. In the Toro region of Spain where this wine Pictured above is from it is known as Tinta De Toro Very Close to Ribera Del Duero, Toro has been growing grapes and making wine many years B.C. so you have some really OLD VINE Fruit which makes for Great Wines. It is located in the Province of Zamora in the Northwest Part of Spain…

The wife roasted some Brussels sprouts (a much, and unfairly, maligned veggie); I paired them with a sourdough toast with fresh mozzarella. The garnish was fresh basil, anchovies, olive oil, raw garlic balsamic, and sun dried tomatoes toasted on top.

It was ludicrously delicious, cheap, and easy to make.

Tried to make this one a bit more personable, with some good clients and old friends in most of the shots. If you’re a meat eater, that Florentine steak is your Everest. Ever give blowing glass a try? 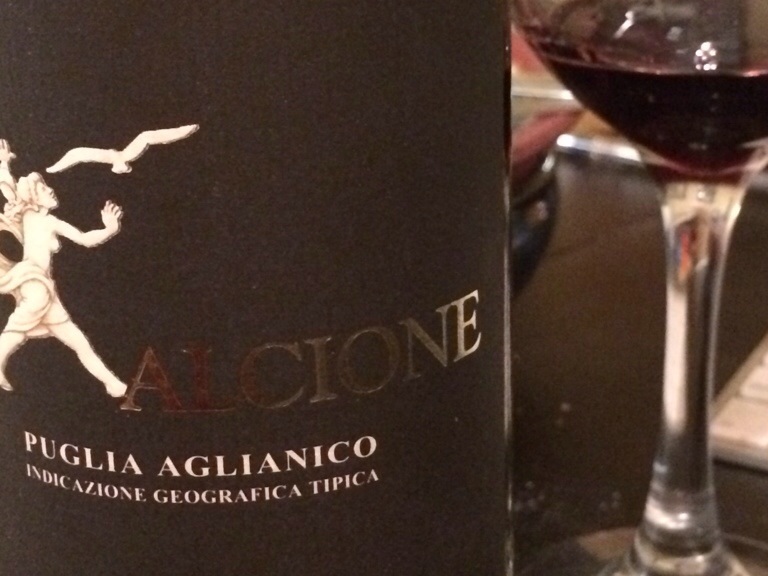 Very much enjoyed this with our shallot butter tomato soup with homemade garlic bread this evening. While I’m partial to anything Italian and red, aglianico isn’t always at the top of my list for some reason; this one however immediately won me over and only got stronger with 10-20 mins out of the bottle. Corky, woody tannins that aren’t overdone and a fantastic mouthfeel–it’s just wonderful to sip.

My local wine store had it on sale for a price so low I’m embarrassed to say, but they claimed it was ordinarily $14. I got it for $8, and enjoyed it more than bottles I’ve spent three times as much on. Buy it if you see it.