Our thoughts on the Lazenne Wine Check in the video below; a few minor quibbles aside, it really performed admirably!  We got thirteen lovely bottles safely home from Piemonte, Friuli, and the Veneto with nary a scratch.

They’re not for sale on Amazon yet in the US, but fear not–if you’re going to be traveling in the EU and want one to take bottles home with you safely, get in touch and we’ll put you in touch with the right folks.

A little video insight into the remarkable cellars at Cantina Francone.  Enjoy!  Many thanks to Fabrizio Francone, Evan Byrne, and Valeria Quintanilla for our introduction to this fascinating must-taste destination in Piemonte.

Discussion around the importance of microclimate for the end product in a very underrated wine region.

After speaking about Valpolicella and differences related to altitude (see  https://charlesscicolone.wordpress.com/2016/11/14/valpolicella-background-and-the-influence-of-altitude/), Alberto Brunelli, the oenologist for the  Consorzio Valpolicella, turned to  the subject of  microclimate variations and the influence of Lake Garda. He divided the second group of wines accordingly.

The distance of vineyards from Garda Lake: the further  they are, the maximum summer temperatures are higher and can influence the vines and their expression in wine in many ways. From west (near the lake) to east (far from it), we have this trend:

Distance from the lake, along with the vineyards’ sun exposition and altitude influence every single valley’s and vineyard’s temperature.  The daily temperature range affects the polyphenolic and anthocyanin potential in a vintage, as well as the body, the color and the aging of the wine. 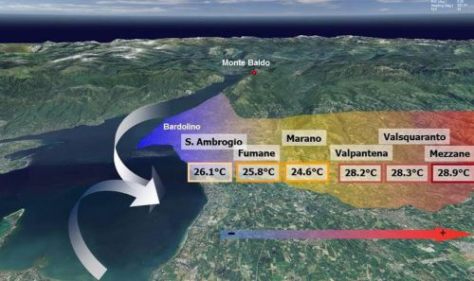 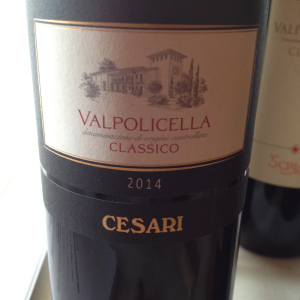 Gerardo Cesari Valpolicella DOC Classico 2015 made from 75% Corvina and 25% Rondinella. Harvest is from September 20

@valeriekq @fabri_francone The hands of master sampling the #Barbera straight from the tank. #Neive #Barbaresco pic.twitter.com/g8wNQZ7lP6

One of the cooler experiences you can have in Italian wine country is a visit just after the harvest time, when the grapes are collected and pressed, and the sweet smell of fermenting must fills the cellars and tank rooms.

On a recent visit to the lovely Cantina Francone in Neive (just to the southeast of the Tanaro River, outside of Barbaresco village), we had the luxury of tasting the latest Arneis pressings at the tail end of the fermentation–straight from the tank!  Fabrizio–a fifth generation wine maker carrying on his family tradition–personally gave us a taste right as the fermentation was coming to a close.  We can honestly say we were the first Americans to get to taste the 2016 Arneis; you can still taste a little residual sugar at this point, but the character of the wine is undeniably magic.  2016 is going to be a great year for Piemonte.  You heard it here first.  We’re more than grateful to Fabrizio for taking a moment out of his day in a busy time of year to show us his amazing wine production process. Lucked into a bottle of Matteo Correggia’s 2007 Roero, a 100% nebbiolo that was a delight with some spinach and mushroom pasta.  Not as powerful as a Barolo from that year (a good one), the tannins had softened quite a bit making it quite quaffable if not overly booming.  A great wine that if you have in your chiller you should probably go ahead and drink, as it’s probably time.  We haven’t visited the Correggia family personally yet, but we will this spring on the Labor of Love book tour with clients.  The Roero district is beautiful and so are its wines and its people.  Worth a visit for any wine savvy Italianophile! 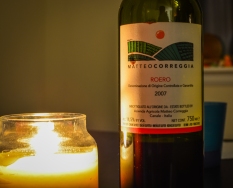 A lovely day spent in Treiso!  Ca’ del Baio is a must-have stop on any Piemonte wine tour in our opinion.  We’ll let the images speak for themselves, as words fail to capture the finesse and power inherent in the wines.

We’re in on this.  Who wants to help do this sort of thing?  Taking all applications.

No, seriously…this sounds like a dream endeavor.  Thanks to the talents of Raphael and Doug Sassi, we certainly have the art, art history, and building talent to do it.  We just need a few partners.

Our friend Mario Giribaldi actually won this wonderful white truffle in a golf tournament (in addition to making great wines he’s apparently quite the golfer).  Now that’s a reward!  This would cost thousands of dollars if exported here, but we got to taste it.  Amazing.

Grated onto a fresh homemade tagliolini with a little olive oil…perfect!

What an honor to get to taste this, one we’re grateful for.   Run, don’t walk to make your reservation to come see Piemonte with us.  Your tastebuds will thank you.